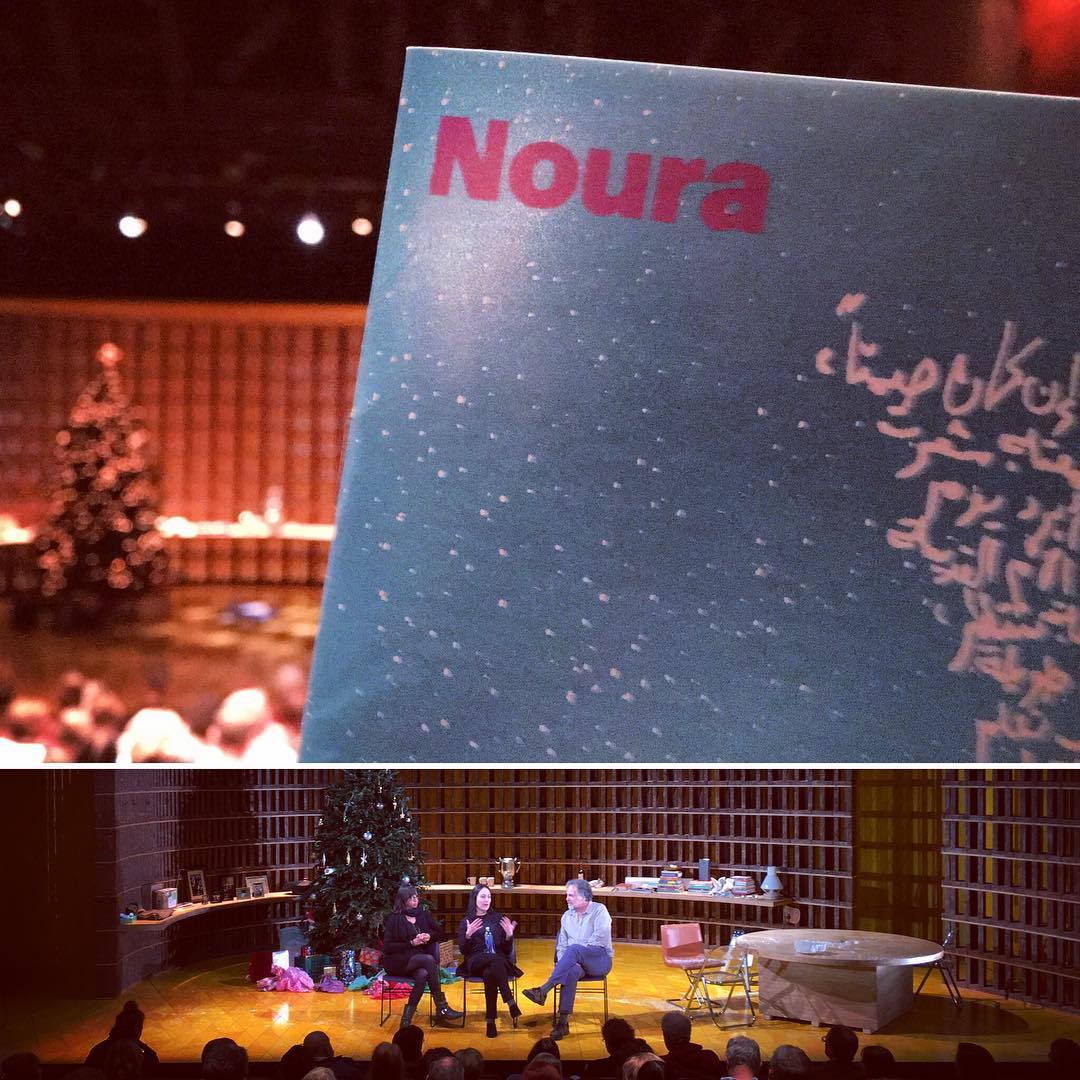 Noura: Play and post-performance chat at the Playwrights Horizons.

I enjoyed learning about the Iraqi experience, connected with the stories about the immigrant life, but am at a complete loss about the irrationality of religions.

The most intriguing part of the night, to me, was listening to the writer, Heather Raffo, describe the Iraqi experience.

The use of the words alone demonstrates the difference in perspectives. What is commonly referred to as the “Iraq War” in western media is the “American War” to the Iraqis.

Heather wanted to create “progressive” roles for male actors of Middle Eastern descent, referring to the characters, Tareq and Rafa’a. I had thought Tareq was super conservative and misogynist for his disapproval of premarital sex (for women only; because women are “at fault” for not resisting), disdain of single mothers, and strict adherence to traditional marriages. But then again, Heather explained that oftentimes Middle Eastern male characters appear on stage only to portray terrorists. That is her baseline.

The most tragic part of the Iraqi experience, however, is the breakdown of the society… where a society fragments and no longer trusts “the other side”… where neighborhoods erect walls and barriers to protect themselves… where cities no longer have parks because open space presents too much danger.

Even more concerning, the sectarian conflicts are starting to spread from Iraq to the various immigrant communities in the US.

I can personally relate to many aspects of the immigrant family portrayed in the play: The tension between the first and second generations. Traditions and social norms that are at odds with each other.

I’m not surprised by how religion has been turned into a weapon and source of distrust and hatred. Being an atheist, though, I don’t understand why people continue to choose to hold onto their religion (or justify their actions using religion) when it’s doing so much damage to their community, loved ones, and themselves.