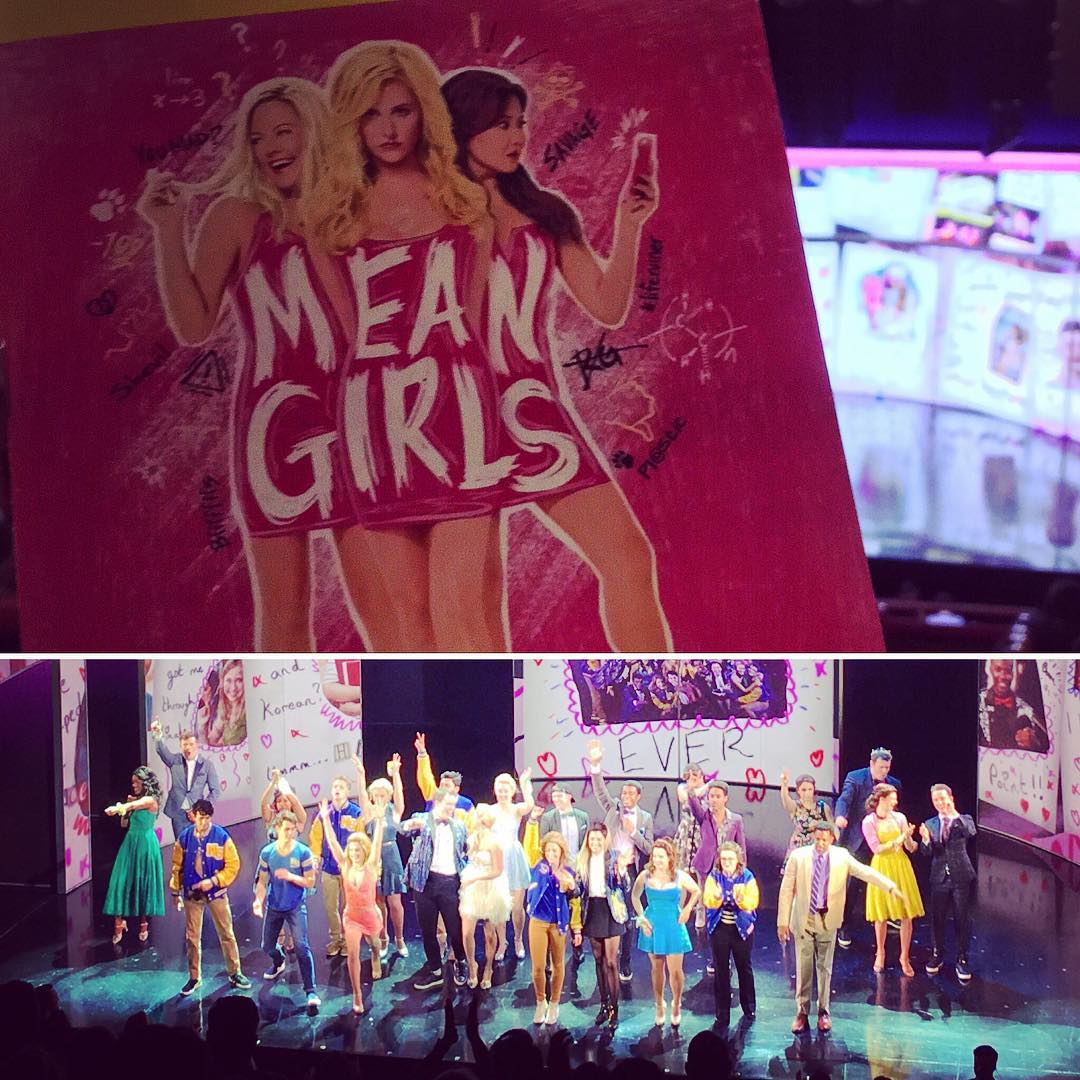 What an incredible and energetic cast. Erika Henningsen as Cady was genuine, lovable, with a superb voice and charming interactions with everyone else on stage. Love the pairing of Barrett Weed as Janis and Grey Henson as Damian. Taylor Louderman as Regina, Jonalyn Saxer as Karen, and Tee Boyich as Gretchen each brought out their characters perfectly. Bravos and thanks to Mean Girls for a great evening!

The musical followed the movie’s overall narrative, with some wonderful additional touches. I especially enjoyed the songs that revealed how the individual characters felt, the ever-changing stage/lighting design, the non-stop movements, and the empowering messages for women and girls.

On a side note: The show received an update to reflect on today’s social media-saturated world (compared to the 2004 film) but retained the photocopier scene. It’s a cool scene, but I wonder how many kids even recognize the xerox copier now???