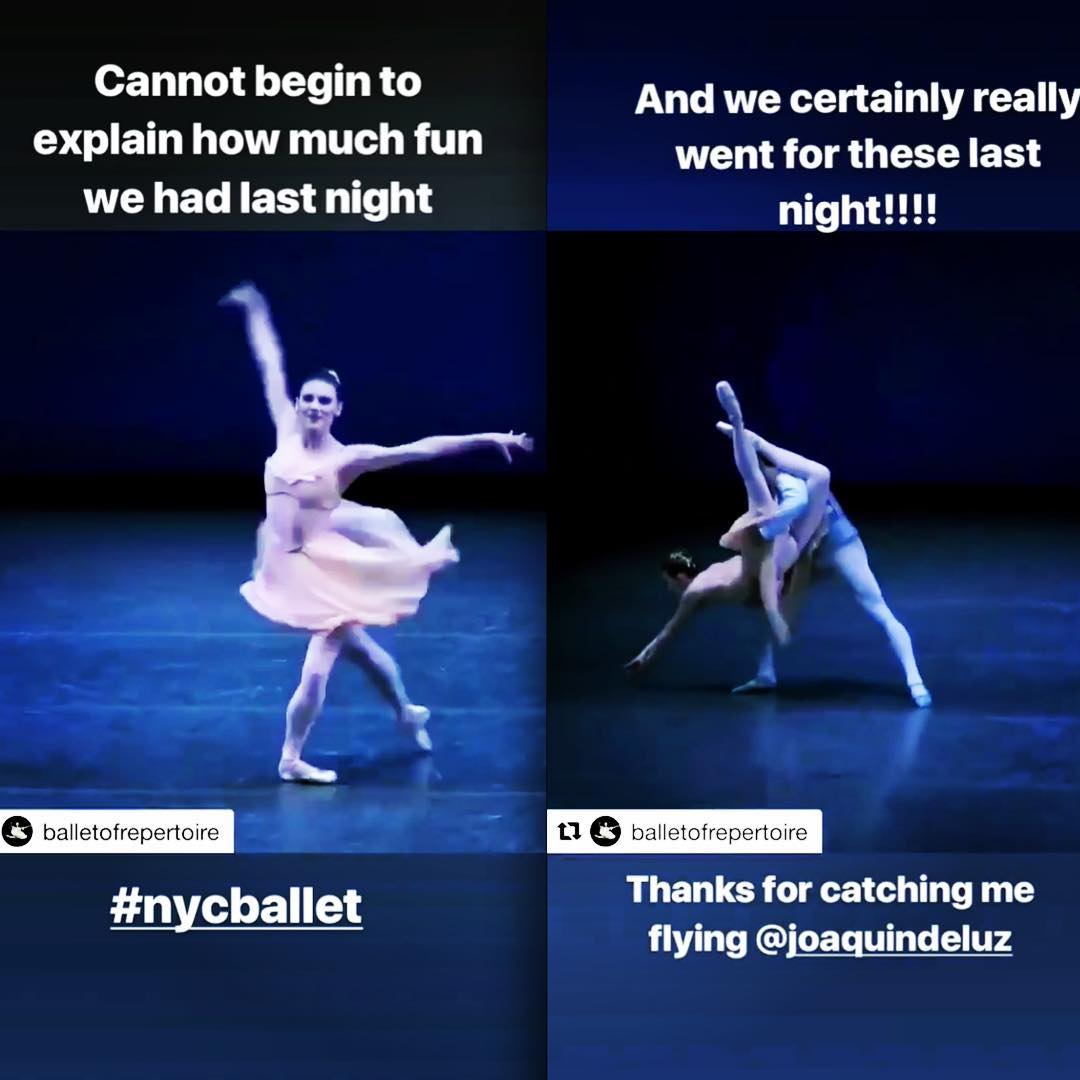 The highlight of the night goes to Tiler Peck and Joaquin de Luz‘s Tschaikovsky Pas de Deux. I can’t even begin to describe how absolutely incredible Tiler and Joaquin were. So, here are screenshots of Tiler’s own words about their partnering. When Tiler says they went for [the leaps], you know it’s going to be out-of-this-world stunning. Yes, we had as much fun watching you as you did on stage!

The rest of the “All Balanchine” program featured Apollo, Le Tombeau de Couperin, and Symphony in Three Movements.