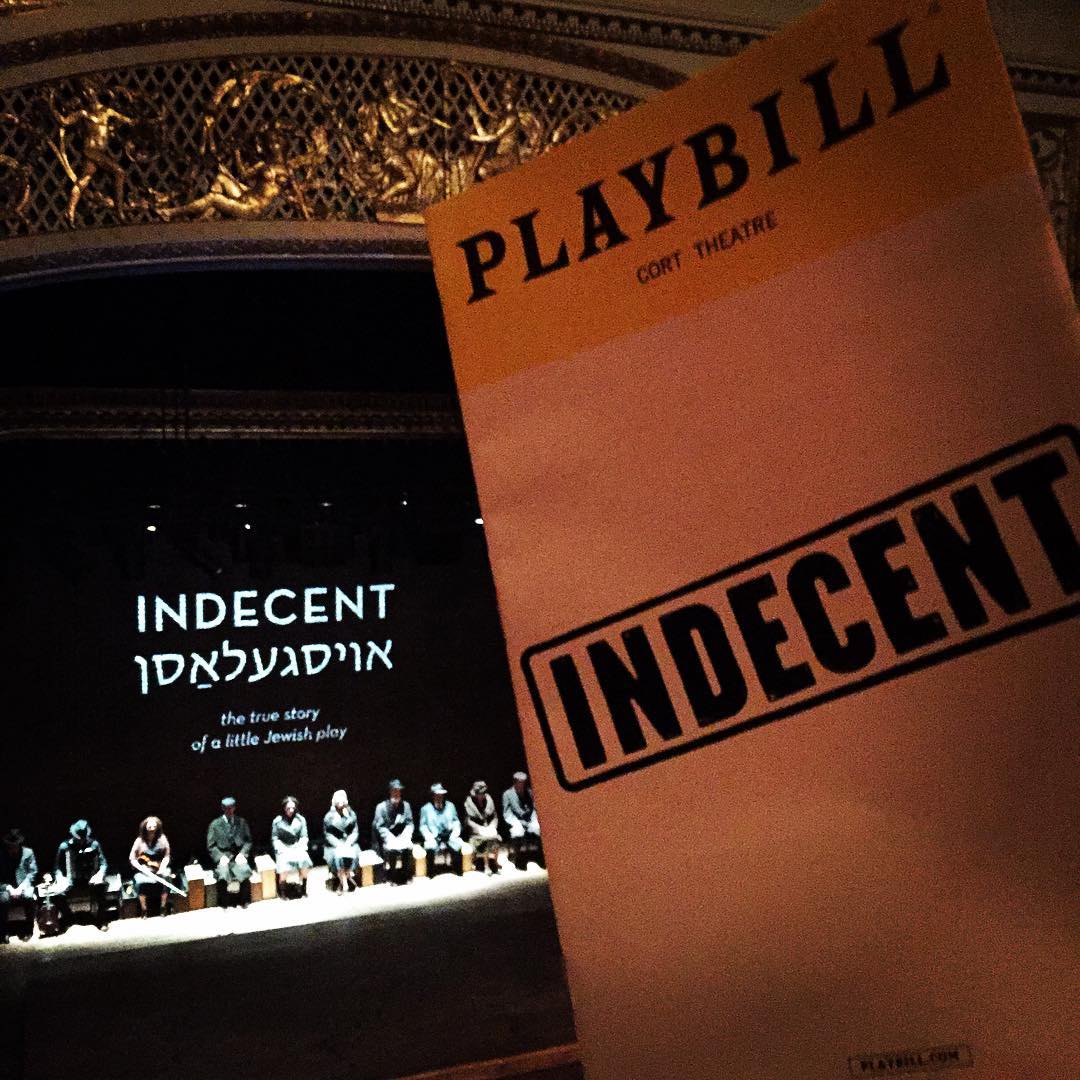 “Indecent” has been extended through August 6th. The show is not a laid-back evening on Broadway, but definitely worth seeing if you want to understand the artist inside of you (or your artist friends).

When its adoption headed to Apollo Theater in 1923, “God of Vengeance” presented the first same-sex kiss on stage in Broadway history, which eventually led to the arrest of its entire cast on charges of obscenity. Outside of Broadway, artists struggled but strived to put on the show for little or no pay. Seven days a week, Jewish artists in Nazi Germany rehearsed and put on the play, until they turned to ashes.

As the Holocaust unfolded, Sholem Asch became unnerved and overwhelmed. He eventually gave up on his art. To him, drama had become a petty concern that, at times of conflicts, could not save the six million Jews. Yet, despite atrocities all around them, many continued to believe in what his work represented: the imperfect but real person in each of us.

The imperfection shows up in multiple layers. “God of Vengeance” is the conflict of a Jewish brothel owner imposing religious norms on his own daughter. “Indecent” is about artists who work to expose the imperfect culture while being exterminated for it.

Furthermore, we repeatedly saw two scenes from “God of Vengeance”: “Final scene” from all four angles of the stage. “Rain scene” in reading, during rehearsals, from backstage, on stage, and at the end as water poured down onto Rifkele and Manke. The repetition transformed us, from audience members watching a play once, to the role of the artists producing the play night after night.

In doing so, we were exposed to one more imperfect but real experience: What does it mean to be artist? What makes an artist want something so much, to struggle but still practice it day after day, night after night? Do you know the feeling?