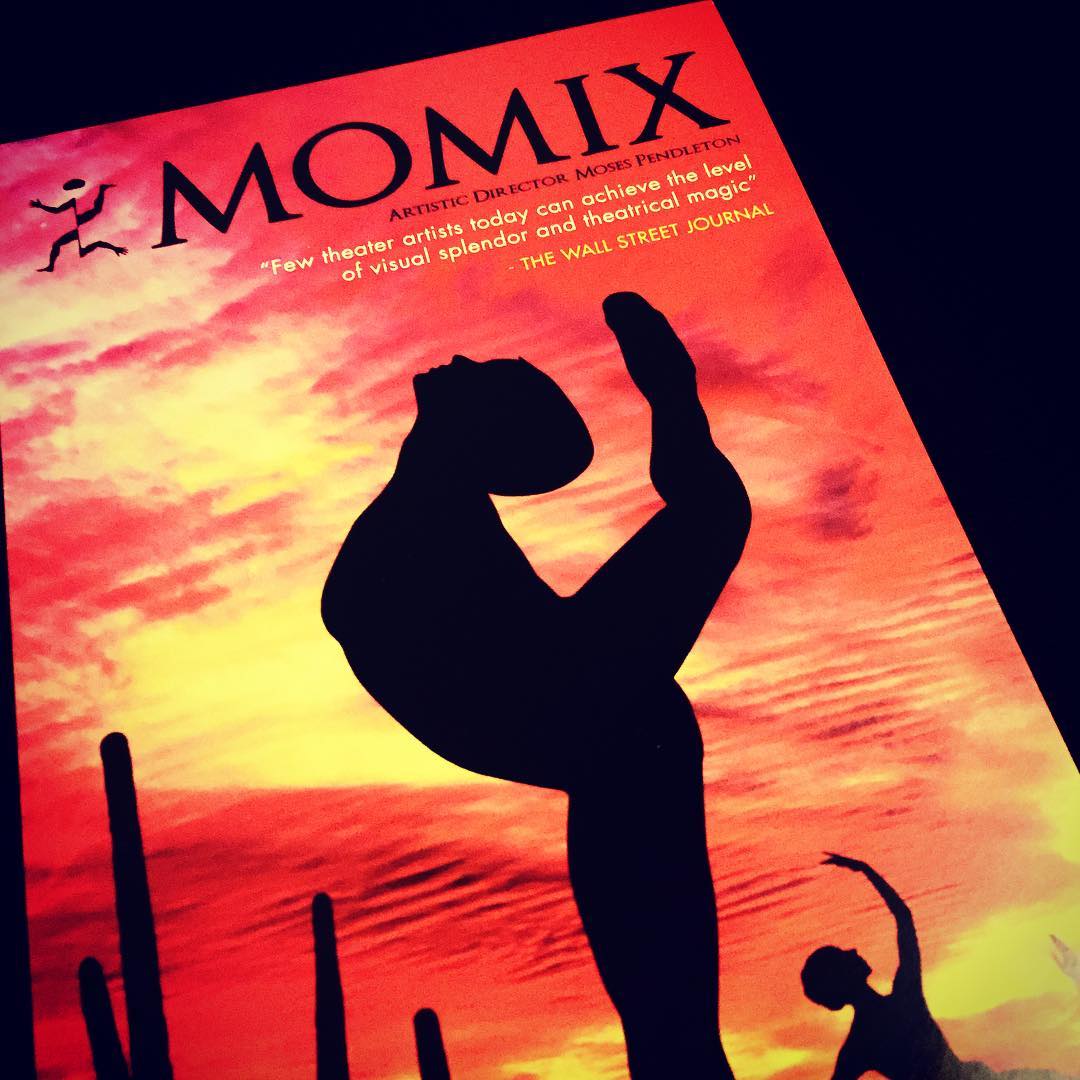 Tonight I learnt that there’s no limit to pushing the boundary of imagination.

Moses Pendleton and his company innovated “dance” beyond what I thought was possible. Go see MOMIX at the Joyce Theater through July 16!

How do you capture the attention of a sold-out crowd at the Joyce Theater, within the first minutes of a show? With tumbleweeds!

Tonight’s performance opened in complete darkness except for half a dozen translucent dust balls on the ground. As the scene continued, a storm picked up the tumbleweeds, carried them through the air, and we were treated to a dazzling dance of the dust balls. The lights never came on throughout the first scene, but this simple and creative concept set the tone for the remainder of the program.

MOMIX’s “Opus Cactus” is inspired by the landscape of the American Southwest, and features 18 scenes in two acts. Each scene focuses on an element of the southwest: desert storms, desert blooms, cactuses, snakes, lizards, totems, fire dancers, and so on.

Other than the common inspiration, however, the concepts and deliveries of the 18 scenes are completely distinct from one another. Every scene brings a new and unique experience through lighting design, costumes, props — but most of all, the unbound imagination of how a human body can move, both on its own and in relation to other human bodies.

In the “Desert Blooms” scene, dancers dressed in full-circle flowing maxi skirts reversible with two colors, coupled with lighting design, conjured the image of beautiful flowers coming to life in a desert.

In the “Sundance” ballet, the typical tutu on a ballerina was replaced by a ginormous golden folding fan that opened 4- to 5-feet wide. Hand-held and controlled by the dancers, the fans flowed along with the dancers as if they were real fabric, opening on grand jetés and gracefully falling back down afterwards. Two ballerinas then combined their two folding fans to form a full circular tutu, and combined their torsos and their legs for form a single “ballerina.” The dancers moving in sync, the new “ballerina” appeared to defy gravity and dance in mid-air.

A giant lizard roamed the stage in “Gila Dance” by dancers who moved both in unison (as the gila monster shed its skin) and sometimes in opposition (as if to remind us that under all the visual illusions, we’re only just watching four camouflaged human bodies on a stage).

All manner of creatures walked, crawled, and flew tonight. Company members moved upside down, stacked on top of one another, danced with a pole, on a pole, on a roller board, or on a swing. Oftentimes, I could not tell when one body ended and another began, or how objects stayed afloat in the air. Perhaps, I should just enjoy the visual illusions and take in all that the American Southwest has to offer.

Just remember, as you watch the “Fire Walker,” the flaming torch is still a dancer with his leg lit on fire.