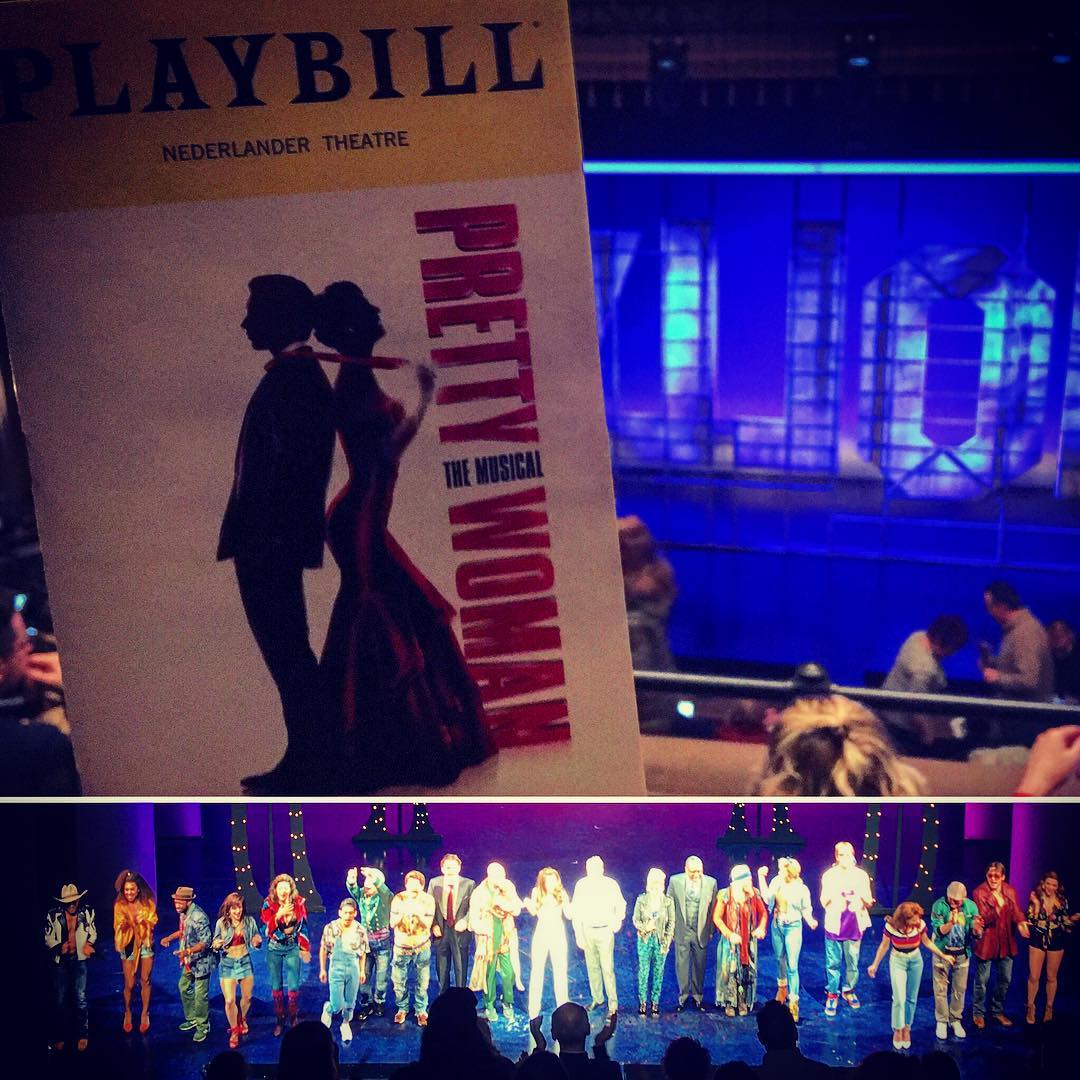 Samantha Barks was the perfect Vivian Ward. I had thought it’d be impossible to reinvent the role of Julia Roberts from the original movie, but Samantha gave the character an even more captivating personality. She was charming, lovable, playful at times, graceful when the occasion called for it, and yet retained the same allure of the original pretty woman. Bravos!

Andy Karl was amazing as Edward Lewis. I love the chemistry between the two leads. The attraction felt so natural, so genuine.

Also, major shoutouts to Eric Anderson as Happy Man and Mr. Thompson, whose roles gave the story so much extra excitement.

On the other hand, reflecting on the original movie from thirty years ago and what’s happening today…

As much as I loooove how Samantha brought out the most wonderful version of Vivian Ward that I could possibly think of, we still do live in a society where…

(1) Women are often valued for their beauty, style, grace, and smile. The movie/this musical reinforces that.

(2) Thirty years ago, Edward Lewis made his riches through ruthless financial schemes without “building anything” and without “making anything.”

Thirty years later, hedge fund managers are still ripping apart news rooms, hospitals, depressing working-class wages, while making $billions per day themselves. Meanwhile, the United States has lost much of its manufacturing capabilities, sending the country into a political crisis. So really, aside for paying $3,000 for a hooker’s time, what have the Edward Lewises contributed to the society, to their country, to their fellow citizens?

What have *WE* learnt in the past thirty years?