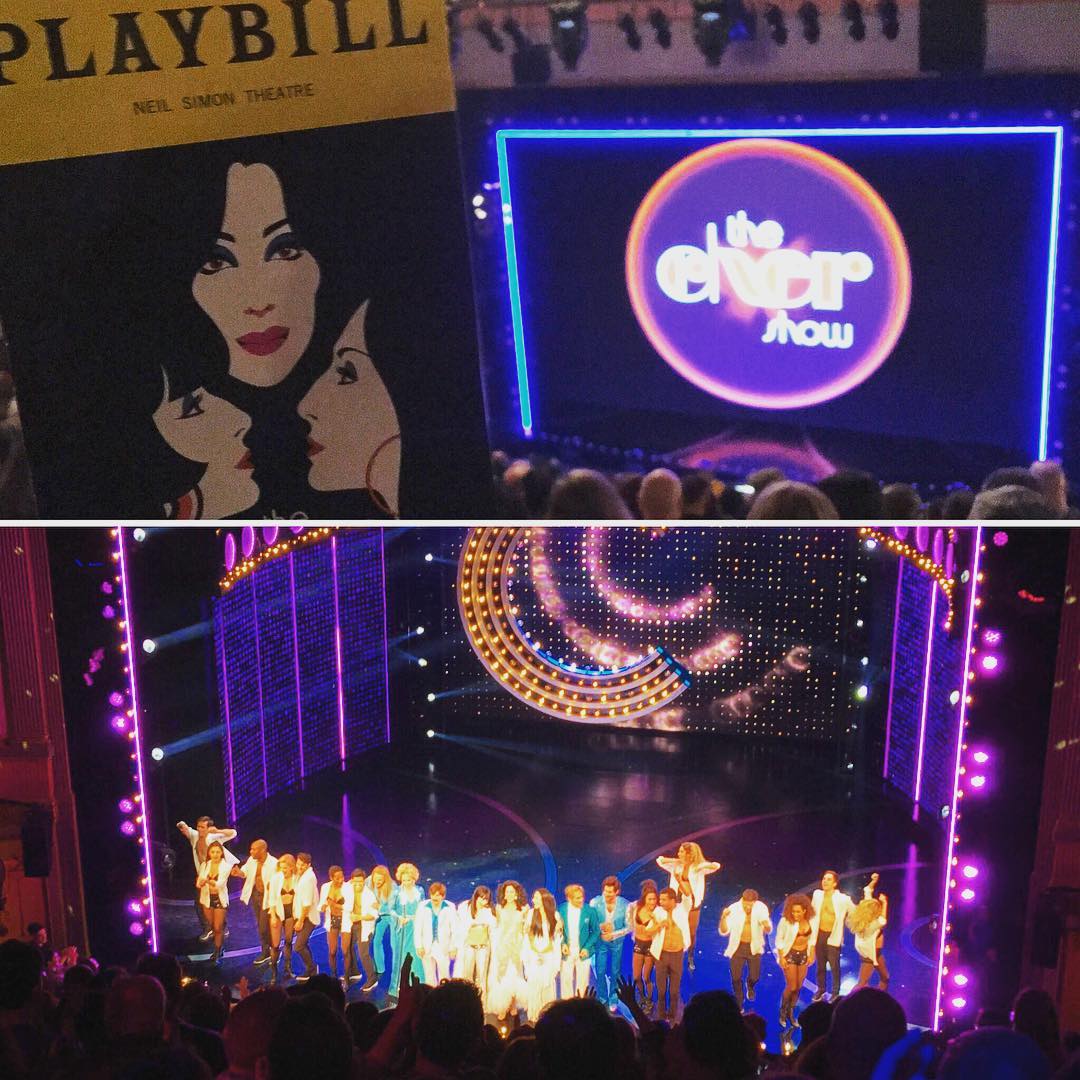 Great to learn about Cher’s real-life story. The ensemble OWNED the stage whenever they came out, even though there’s dancing only in select scenes. The final number based on the song, Believe, was one big dance party.

Surprise of the night: I’ve heard so much of the name Cher and know of the song Believe. However, I didn’t recognize any of the remaining songs, TV programs, movies, or Hollywood figures mentioned in the musical. Perhaps it’s a generation gap?

Overall, the script is a long series of rapid-fire mini scenes. Many of the songs were cut off in less a minute, which makes it (1) hard to appreciate the music especially when almost all the songs were foreign to me and (2) hard to develop an emotional response to the narrative when the plot moved so fast.

I think the audience enjoyed the show. Many were singing along, and cheering when specific personalities came into the story.

Put differently: I absolutely love Beautiful, a similar style of musical based on the real-life story of Carole King. I love the story and I love the music. A few friends who have never been exposed to Carole King’s work, however, mentioned to me that they felt lost watching Beautiful. Perhaps I now understand how they felt?