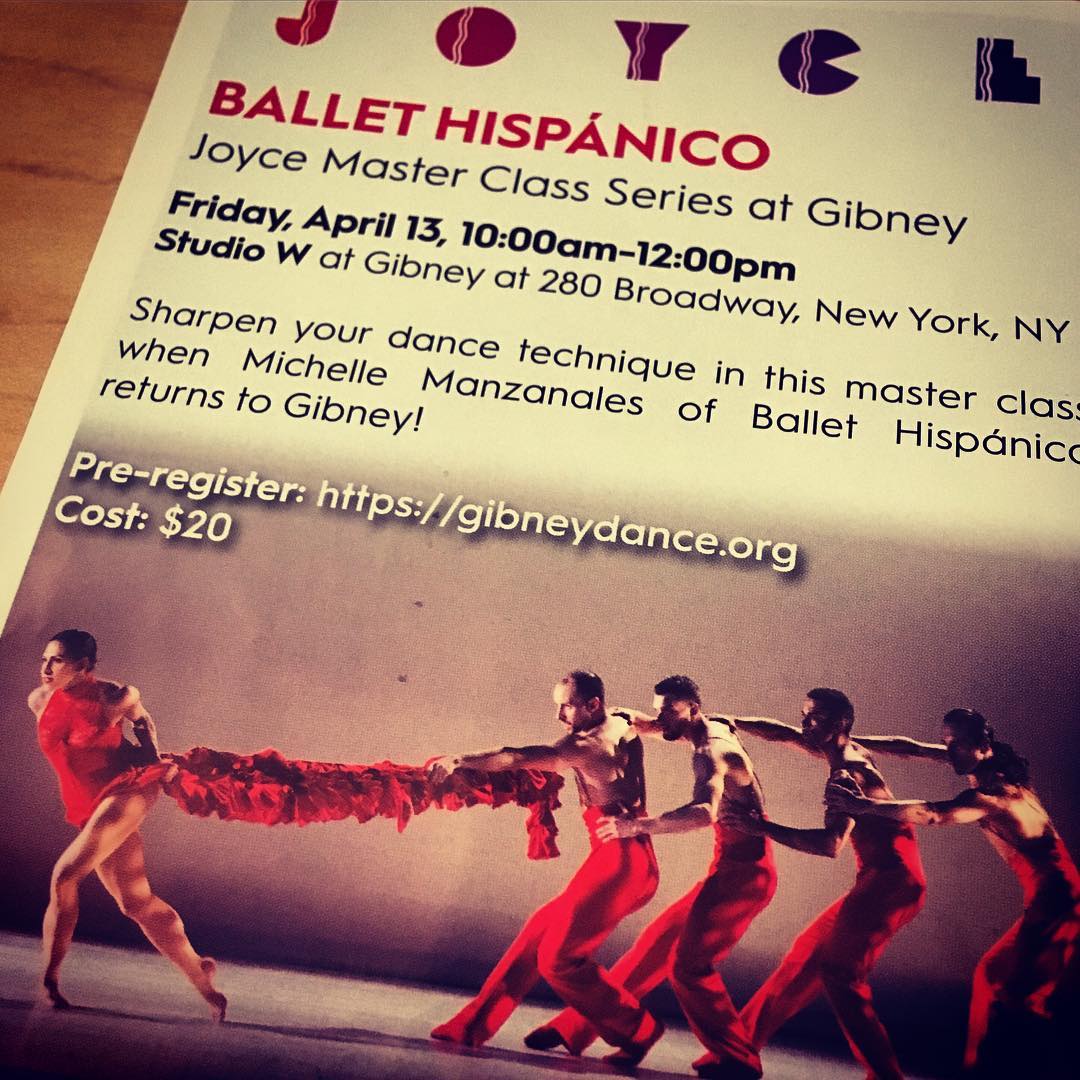 The bold and visually stunning “Línea Recta” by Annabelle Lopez Ochoa. During the curtain chat, the discussion focused on the contrast between Ballet Hispánico’s strength in partnering and the lack of contact in Flamenco (based on which the piece was created). I thought it was fascinating that Annabelle was able to create the connection between her dancers with limited physical touch.

The powerful story of “Con Brazos Abiertos” by Michelle Manzanales. Ive seen the piece four times, and am still touched by its narrative and feel empowered by its ending. Every single time.

Both of the new works required additional interpretation at the post-curtain chat, for me to appreciate their significance.

“Waiting for Pepe” had several unusual and beautiful choreographic moments. However, without knowing the play “The House of Bernarda Alba” on which the dance is derived, I had trouble following the story arc (e.g., Why is there a chicken lit in neon lights above the stage???), until it was explained by the choreographer Carlos Pons Guerra afterwards.

Similarly, “Espíritus Gemelos” told the story of two Spanish artists, Federico García Lorca and Salvador Dalí. I didn’t grasp the significance of their relationship, until after the curtain chat.