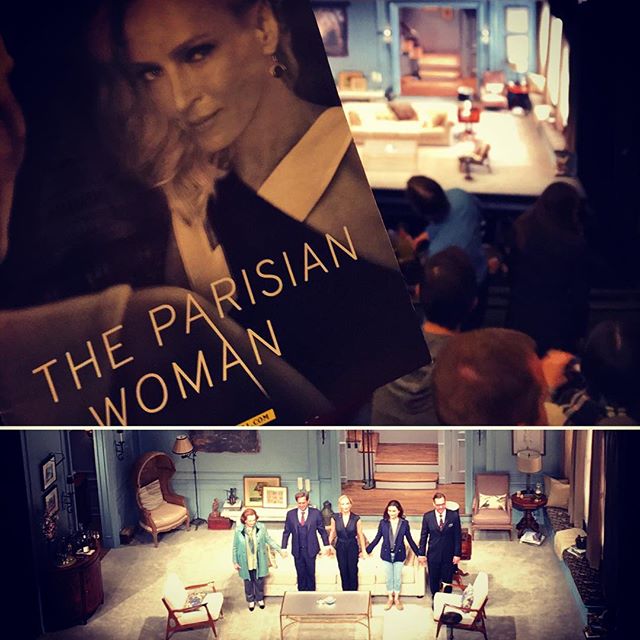 “The Parisian Woman” was strange, funny, yet thrilling. Some of the plot twists were so surreal that they felt inconceivable. Then again, many current events that took place had once been considered unimaginable, too.

The play was set in contemporary Washington DC (after the 2016 US election) and centered around five characters with political connections.

On the surface, the political dance and Trump-bashing were sharp and funny, coming from both the Democrat and Republican characters in the story.

But, the plot quickly dived deep into the human psychic and relations: lies, adulteries, distortions, revenge, loyalty, trust, political favors, open relationships, and the role of women in the “older generation.”

The narrative was super clear, and dialogues well written. We knew exactly who/where/what each character stood. What we couldn’t see, however, was the hidden psychological warfare. Who’s crossing, double-crossing, triple-crossing whom? Who loves whom… pretends to love whom… loves but pretends not to love whom?

The main plot twist was thrilling. So thrilling that I actually liked it. The revelation was so surreal that it felt inconceivable. Then again, many events taking in DC today had once been considered unimaginable. In the current political climate, perhaps the turn of events could happen after all.

I thought several subplots were quite clever…

Chloe and Tom’s marriage and their “trust” in each other. Trust in quotation because I think it actually exceeds that of a normal marriage.

The portray of complex, conning, and malicious actions that people would take to achieve their ambitions.

Yet, one question remained, and I personally felt it significantly weakened the play… What is Chloe’s motive in all this?

She offered two answers: “Women in my (older) generation didn’t have a (professional) career.” and “I am a lost soul.” The former sadly reminded me of my mother’s generation. The latter felt like an excuse coming out of a teenager but not someone of her experience. In any case, neither felt satisfying or justifying.