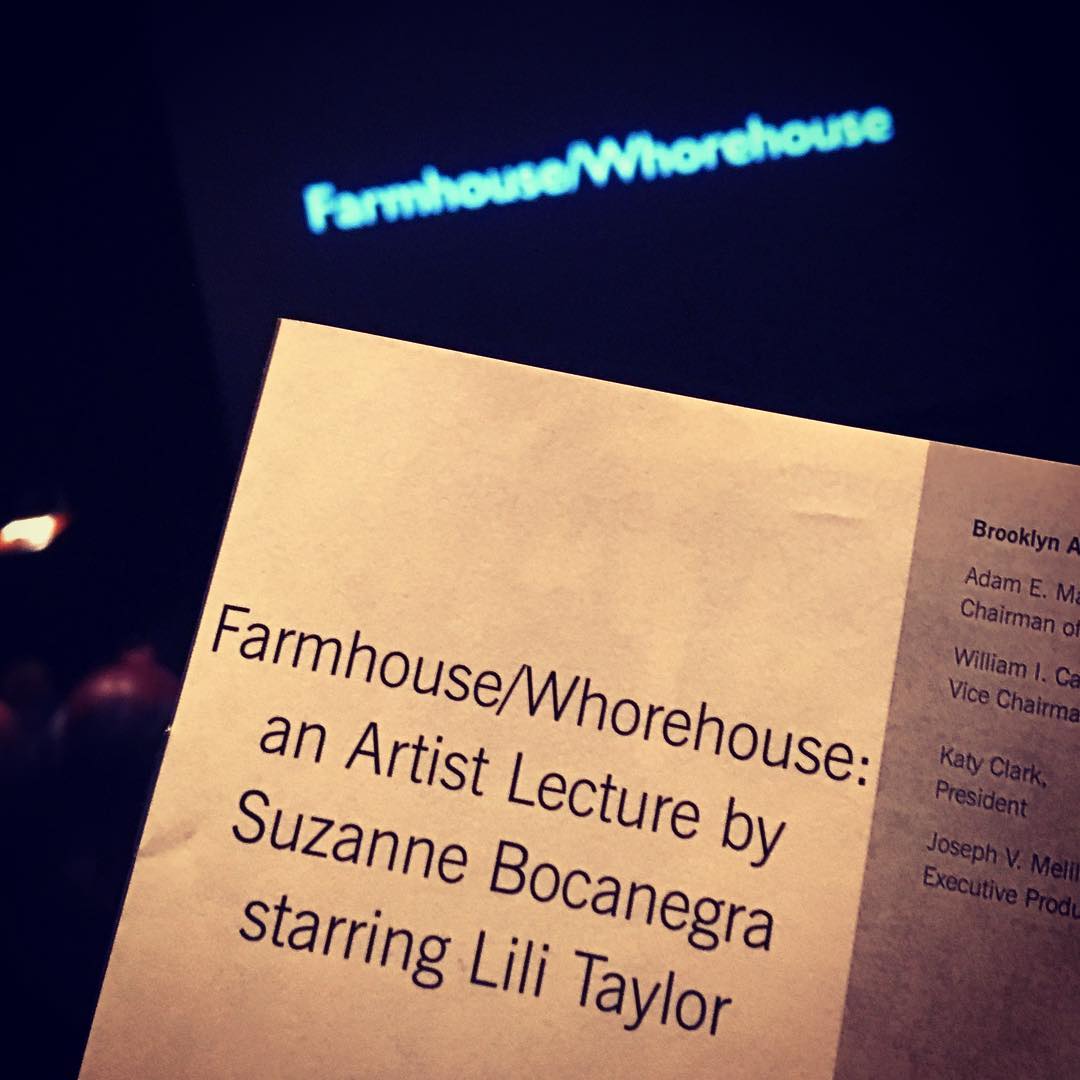 WOW!!! The most fascinating “lecture” that I’ve attended in years!

Starting with her own pregnancy and ending with her grandmother’s dementia, Suzanne took us through a fascinating journey in this hour-long performance.

The journey is both highly personal (taking us from her childhood to adulthood) yet universal (connecting urban dwellers and rural farmers, the Mormon Basic Four and French aristocrats, as well as the ballet and the counterculture). We travelled from Texas to Vermont, from the US to Europe, from the 18th century to present day.

Suzanne revealed both our real and pretentious relationship to nature.

Her lecture stitched together her grandparents’ small Texas farm; real and re-imagined lives of American pioneers in the wild west; French philosopher Charles Fourier’s fantasy of an utopia society (drawn from his solitude life with a cat); the homesteading movement; hippie communes; the Whole Earth Catalog; and the “Chicken Ranch” or whorehouse across the street from her grandparent’s small Texas farm.

The narrative touched on numerous themes:

The wild west. The hardship of farming. Rural folks’ desire to move to the city for a better life. Yet, in the city: Artists’ delusion and fascination with a glorified life on the farm. Intellectuals’ unrealistic and fabricated attempts to project a link to the nature. Failed hippie communes. Back to the one collective that survived: Prostitutes of the Best Little Whorehouse in Texas.

Pregnancy and child birth. How they impact a woman’s life and health. vs. How the society glorify and sanitize the topics.

It will likely take me weeks if not months to unpack all these ideas. However, like all memorable travels, I learnt much tonight.

Major kudos to Suzanne and Lili for a wonderful production.