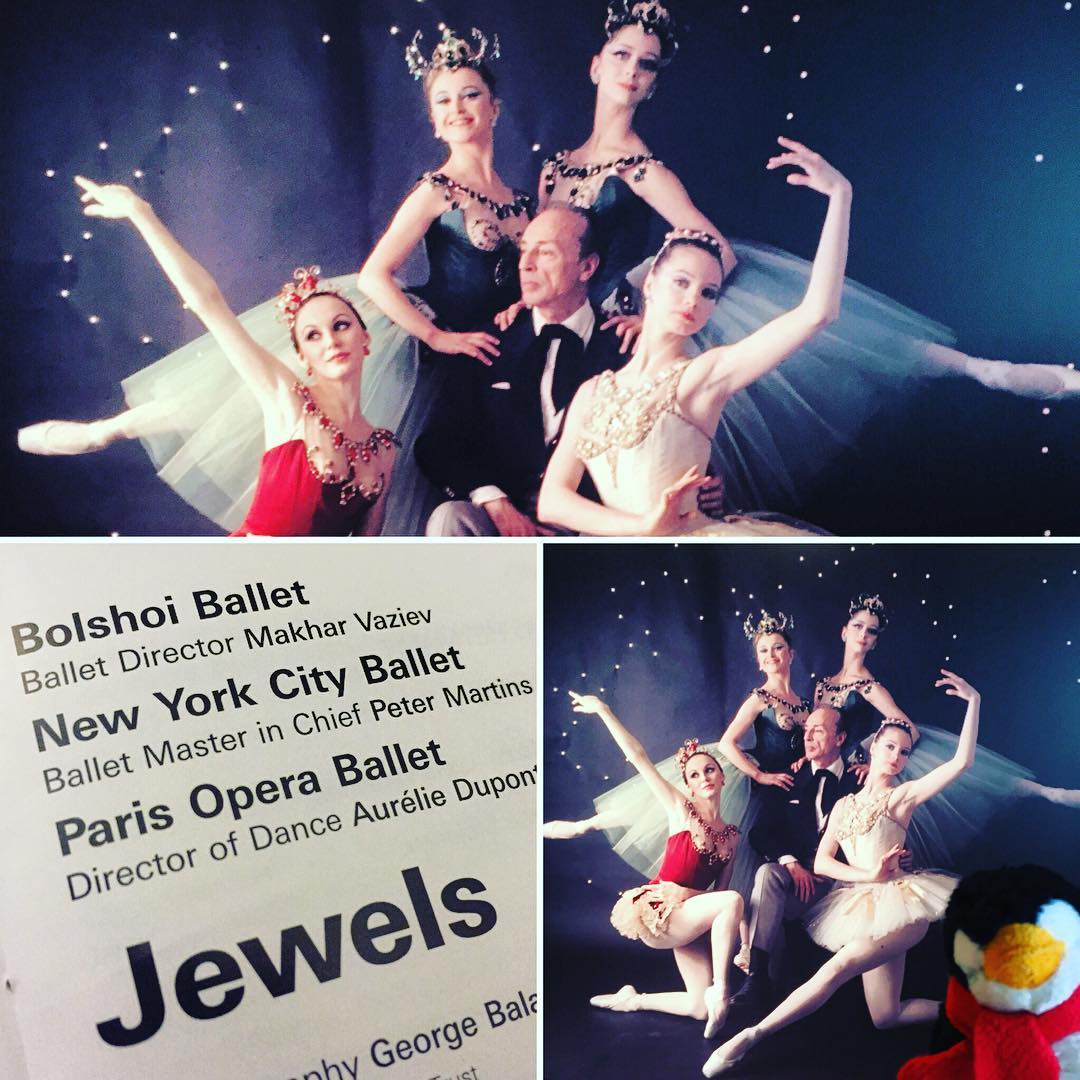 Three of the world’s top ballet companies came together to jointly present Jewels in New York City this week, featuring a different cast each day. The question is not whether to see the show (definitely going) but which cast to see (considering the last row of orchestra starts at $150).

In the end, I went with Megan Fairchild in Rubies, because she was stunning in the role when City Ballet opened the season with Jewels. By extension, the choice meant I’ll see Emeralds with Paris Opera Ballet and Diamonds with Bolshoi Ballet.

First of all, Megan outdid herself today in the grand pas de deux. Wow! Megan was fast, dazzling, playful, fiery, and everything that Rubies represented. Second of all, Joaquin de Luz outshone Megan, which I did not think would be possible. Double wowwww!!! His leaps exploded in the air every time. I loved his playfulness. He not only matched Megan in expression and style, but went on to engage the four male dancers in the corps. With a glance here and a hand gesture there, he lead the men into splendid formations and marvelous leaps.

The famed Laëtitia Pujol took on the leading role in Emeralds. At 41 years of age, she was both gorgeous in her expressions and exact in her techniques. Every one of her assisted lifts soared through the air following the perfect arch and timing.

In contrast to the veterans of City and Paris Opera Ballet, Bolshoi casted Alena Kovaleva, an 18-year-old prodigy in the leading role for Diamonds. Last fall with City Ballet, Teresa Reichlen was tall, elegant, and stately in Diamonds. In comparison, Alena was softer in her presentation giving the piece a more royal, prosperous, and imperial feel. On the other hand, Alena’s lines and techniques were exquisite. Her grand battements cut through the air with dynamism and energy, and reached for… went through… the roof of the Koch Theater with every extension. She was very much a princess on stage, befitting of the sparkling diamonds, and carried the joint performance to a wonderful close.